IRVINE, CA, Aug. 3, 2021 — Confia (“Confia” or the “Company”), the leading technology platform for financial compliance and secure banking services for the cannabis industry, today announced their support for Senate Majority Leader Chuck Schumer’s legislation to decriminalize cannabis. On Wednesday, July 14, Senate Majority Leader Chuck Schumer held a news conference and unveiled draft legislation to decriminalize cannabis. Confia immediately announced its support for the federal bill to end cannabis prohibition. The final draft of the Cannabis Administration and Opportunity Act is yet to arrive on the House floor, however the company hopes cannabis will become fully decriminalized and legalized in the foreseeable future.

The newly unveiled bill drafted by U.S. Senators Schumer, Wyden and Booker aims to deschedule, tax, and regulate cannabis. As a company devoted to providing businesses in the high-risk, heavily regulated industry with access to seamless financial solutions, Confia has announced its strong support for the trio of proponents behind the reform. The company is familiar with the challenges the cannabis industry struggles with, and sees this move as a major stepping stone to fully legalized, high-quality, low-cost American-grown cannabis.

“The team at Confia applaud and support these efforts to end federal cannabis prohibition. Meaningful change like this is long overdue and a promising step toward the future. Although it may take time, we are convinced citizens nationwide are in favor of removing marijuana from the list of controlled substances so it can be properly regulated and taxed,” said Mark Lozzi, Chief Executive Officer of Confia. “Now that marijuana has been legalized in several states across the U.S., it’s time to leave federal sentences tied to cannabis possession and consumption in the past. We know it won’t be easy to get the bill through Congress, but we hope the draft will gain sufficient support.”

About Confia
Confia is a software platform that offers the cannabis industry traditional banking and cash management offerings, bill pay services, unlimited B2B payments, API-powered payment solutions that service both businesses and the consumer, and lending solutions. Confia processes payments in real time, and the platform contains ongoing compliance features and offers trusted relationships with other companies and clients that are members. To learn more, visit www.pointchain.io. 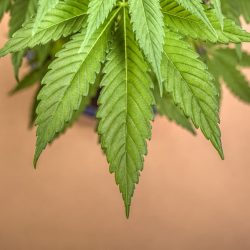 Opening a Cannabis Dispensary: What You Need to Know 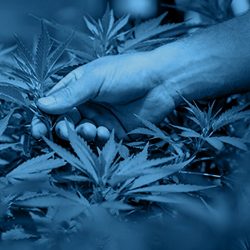